The teeth of a 257cm adult female O. taurus are shown in pl. 4. In the great majority of cases the small basal denticles number one on each side. In late embryos and very young free-swimming sharks (95 to about 120cm) these denticles are minute or absent while in one adult (among more than 40 examined) some of the teeth had extra denticles. Similar variations have been noted in Japanese (Taniuchi 1970) and in north-western (Bigelow and Schroeder 1948) and south-western (Sadowsky 1970) Atlantic specimens. Cadenat (1963) found only teeth with a single basal denticle on each side in O. taurus of the eastern Atlantic, but this finding was based on what seems to have been a small sample. The commonest tooth counts among 39 jaws of free-swimming O. taurus from the east coast of southern Africa were as follows (terminology after Applegate 1965 - S= symphysials, A= anteriors, I = intermediate, L/P=laterals/posteriors):
L/P 16 or 17 11 A3 : A3 11 L/P 16 or 17 L/P 15 to 17 A3 S1 : S1 A3 L/P 15 to 17
The laterals and posteriors (counted together) varied in total from 28 to 38 in the upper jaws and from 26 to 37 in the lowers, as summarised in table I. There was no variation in the numbers of anteriors (three on each side) and symphysials (one on each side) in the lower jaws. The numbers of anteriors were also constant (three on each side) in the upper jaws, but three specimens had one small tooth (best described as a symphysial) near the centre of the upper jaws. The numbers of intermediates in the upper jaws varied between one and three on each side. Among 39 specimens, 23 (59%) had one intermediate on each side, 8 (21 %) had one on one side and two on the other, 7 (18%) had two on each side, and one (3%) had two on one side and three on the other.
The wide range of numbers of lateral and posterior teeth means that the use of total tooth number has little validity as a taxonomic character for Odontaspis, particularly as the numbers of posterior teeth may increase during the life of a shark (Applegate 1965). An analysis of the numbers of symphysial, anterior and intermediate teeth, based on data from the present study material (39 jaws - east coast of southern Africa), Taniuchi (1970- 24 jaws - Japan), Sadowsky (1970 - 528 jaws - south-west Atlantic) and Applegate (1965 - 12 jaws - northwest Atlantic) shows that there are no significant differences in tooth numbers between O. taurus from these localities (table 2). 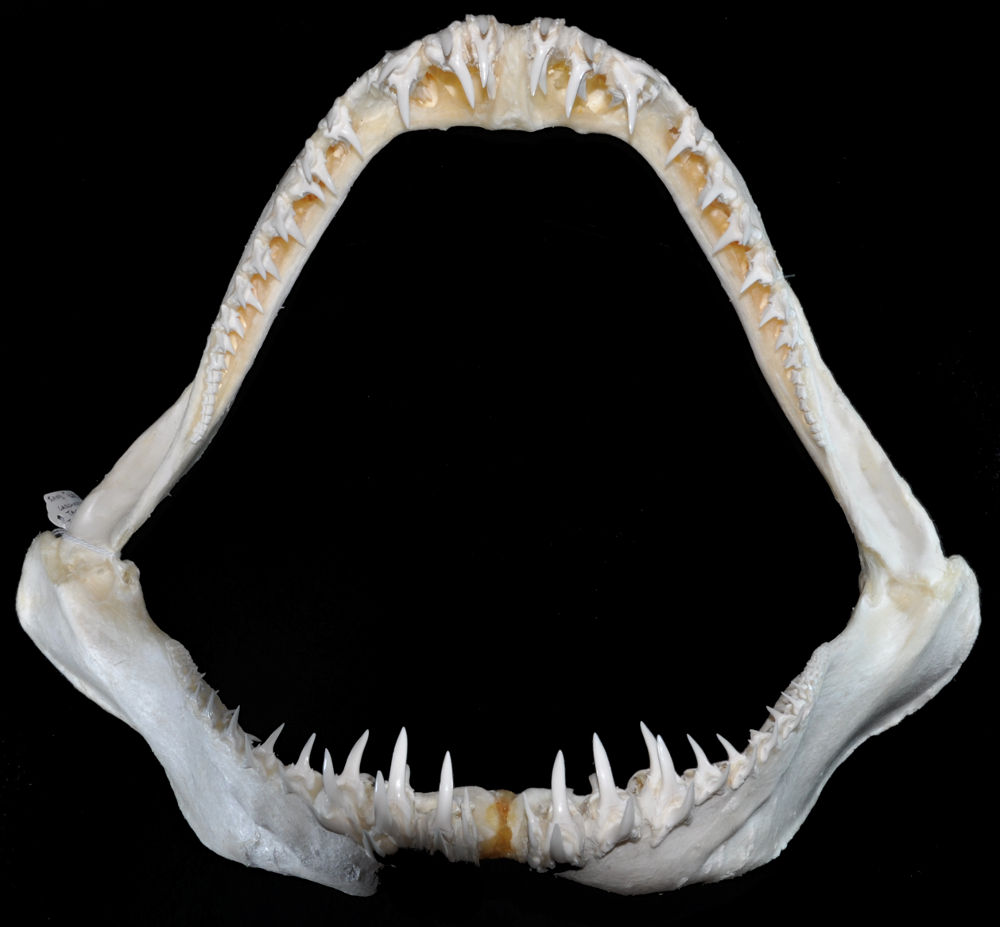 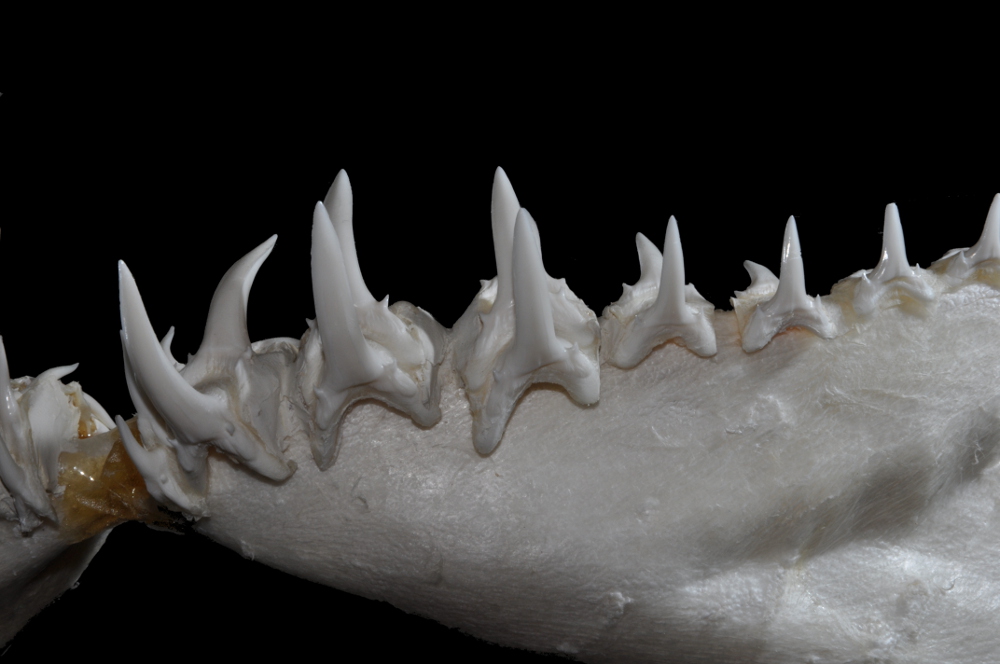 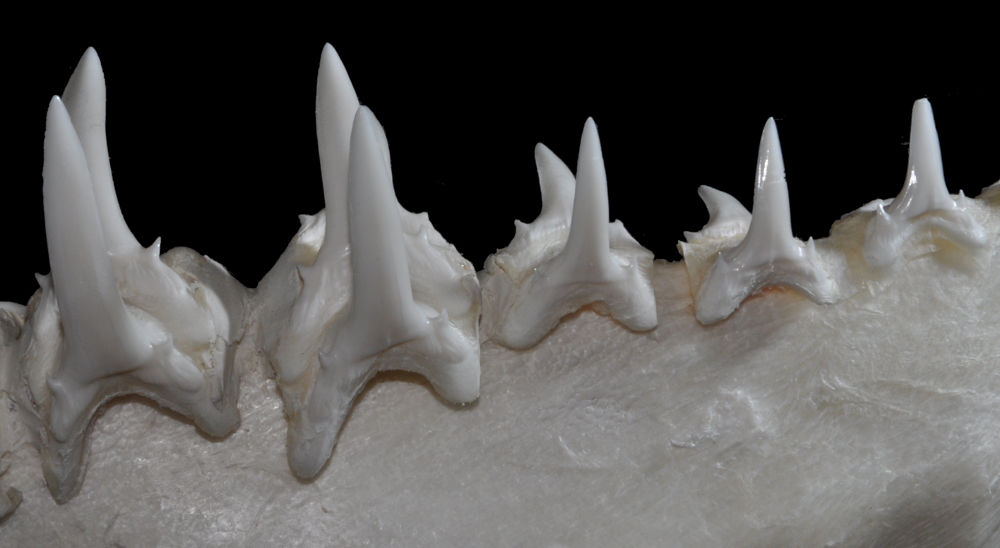 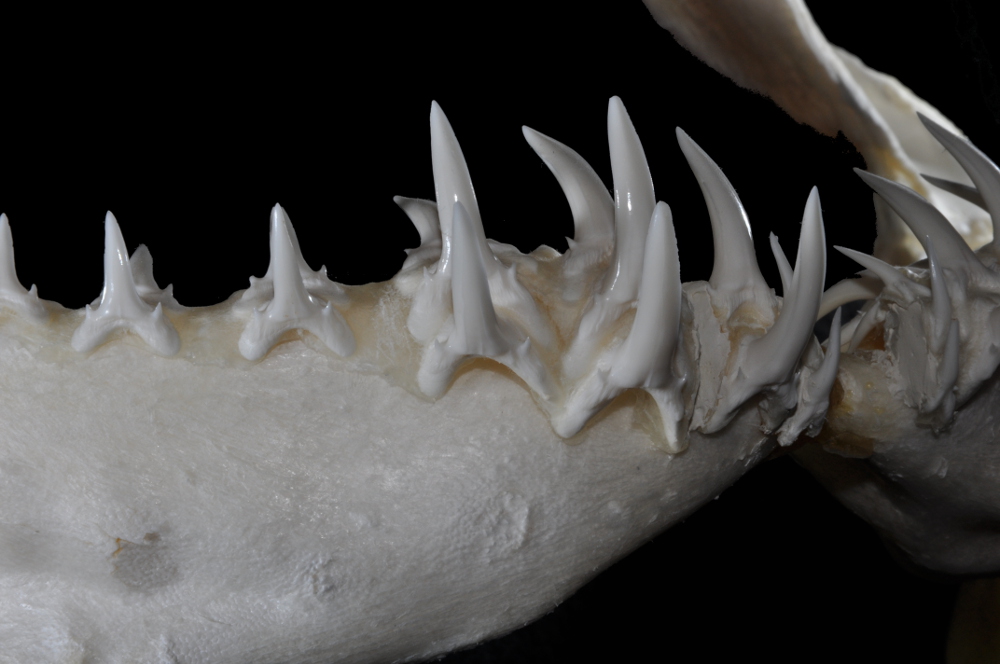 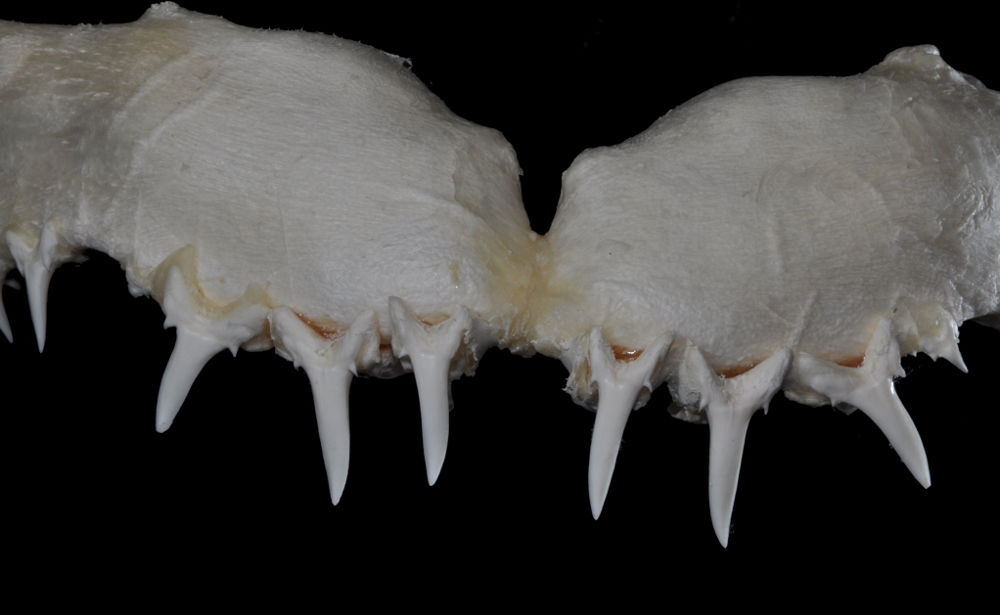 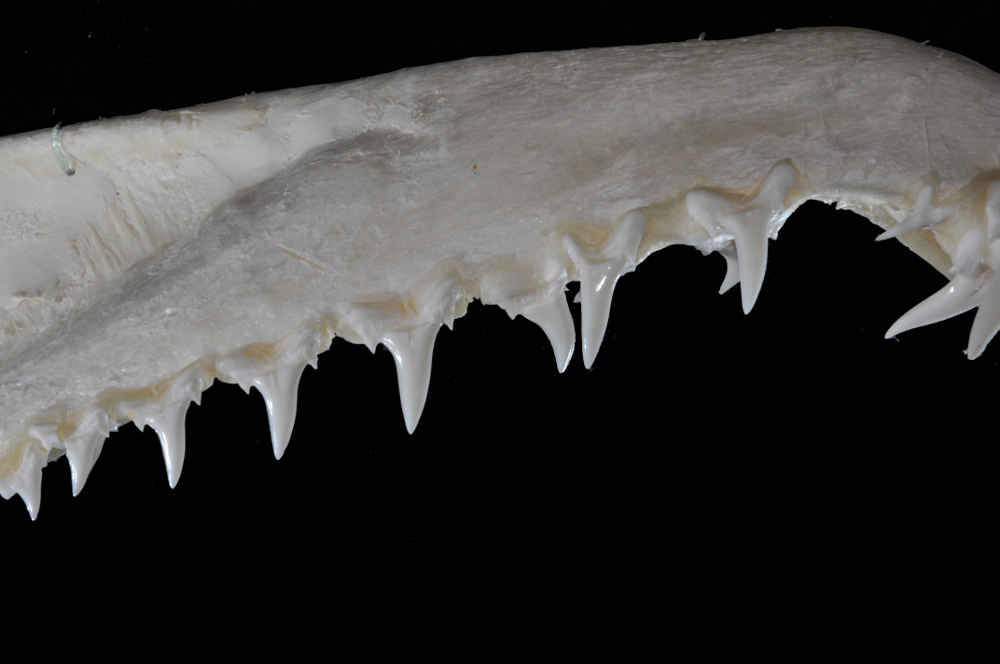 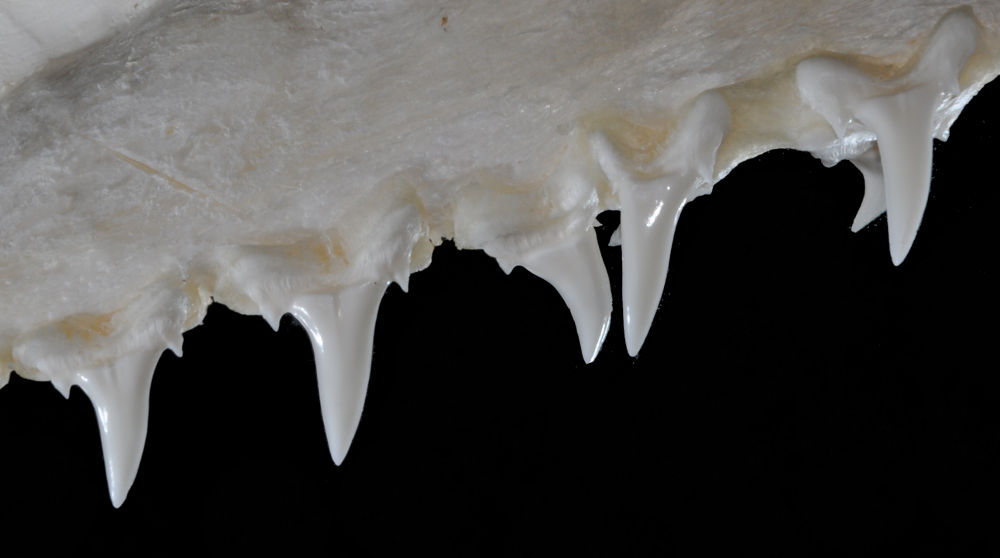 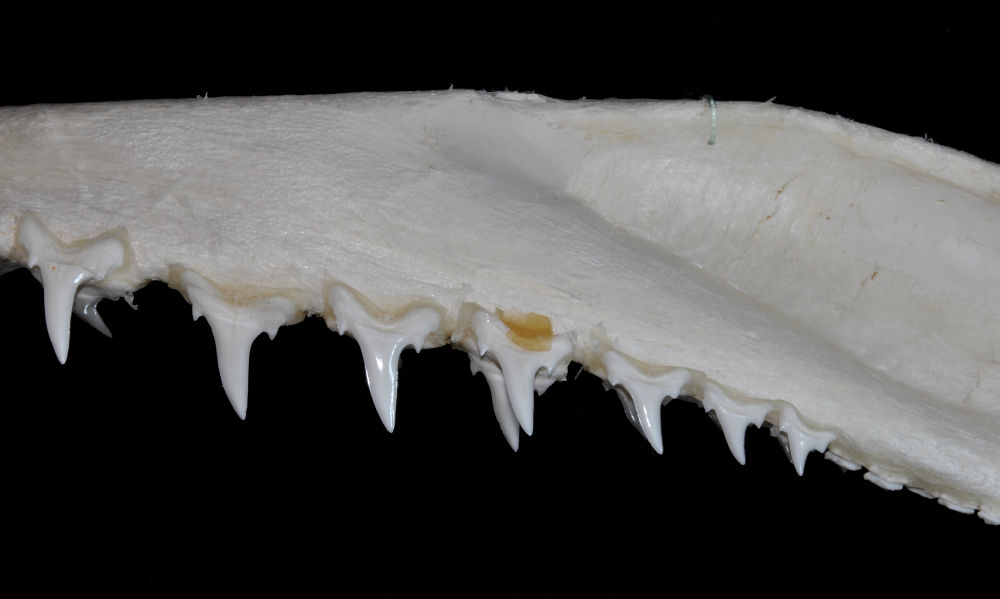