Teeth 13 to 15 - 0 - or 1 - 13 to 15/12 to 14 - 1 - 12 to 14; teeth weakly serrate in large individuals; first upper tooth nearly symmetrical and erect; subsequent upper teeth strongly oblique, their inner margins straight or evenly convex, their outer margins deeply incised and with the outermost teeth with very small, though well-developed cusps; lower teeth similar to upper, though smaller; first four teeth in lower jaw rather erect and with narrow cusps; one small symmetrical tooth at symphysis of lower jaw, none or one in upper jaw; one to two series of teeth functional along sides of upper jaw, and two to three series functional toward center; two to three series functional in lower jaw. 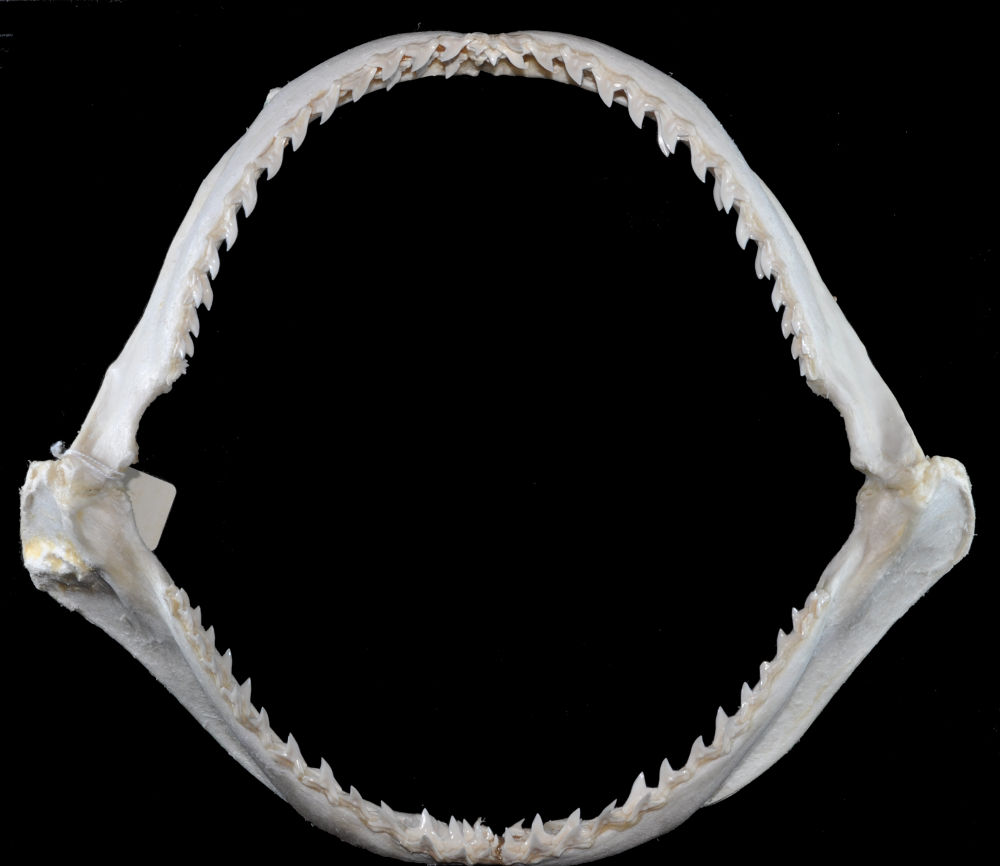 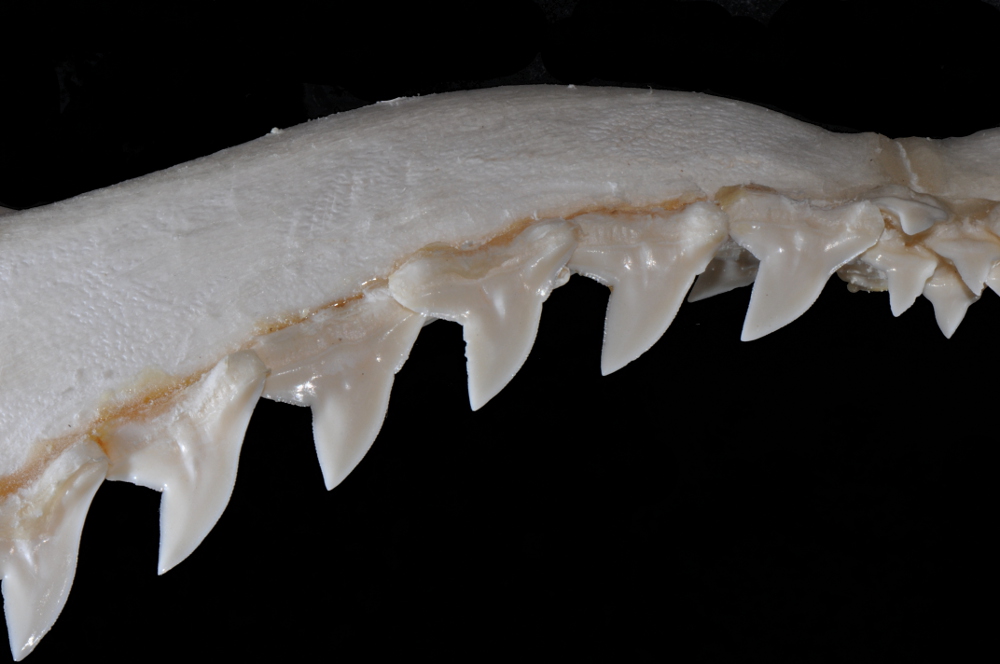 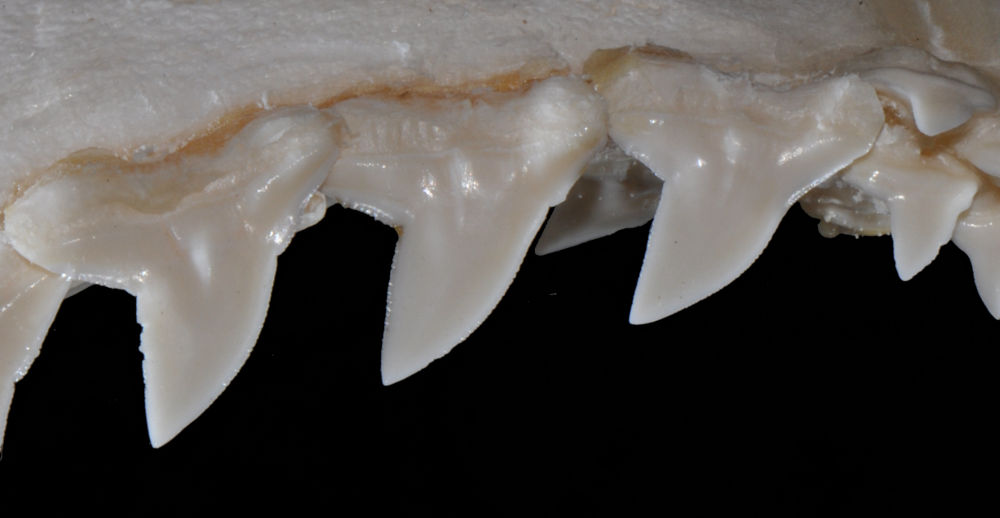 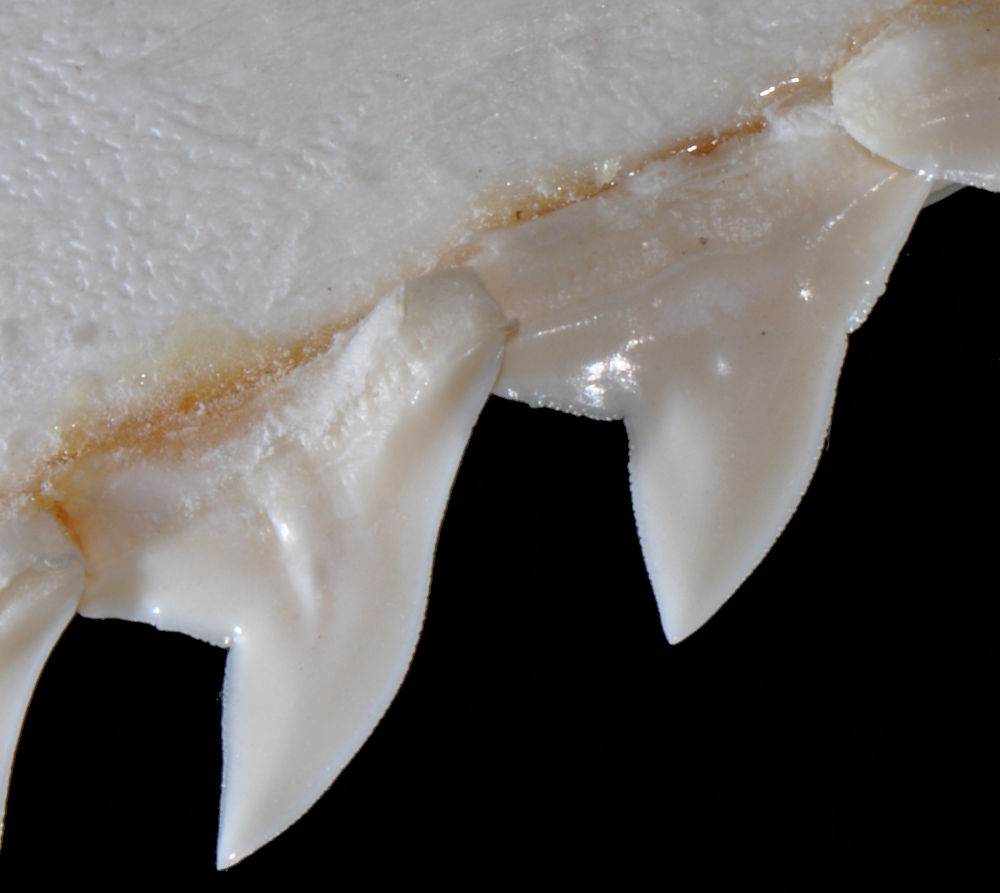 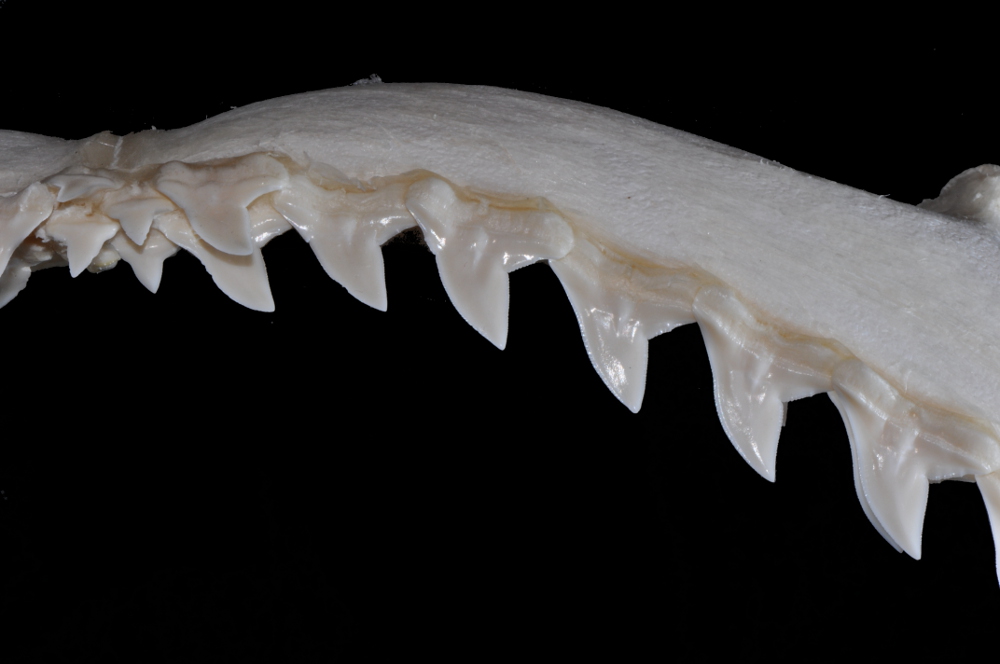 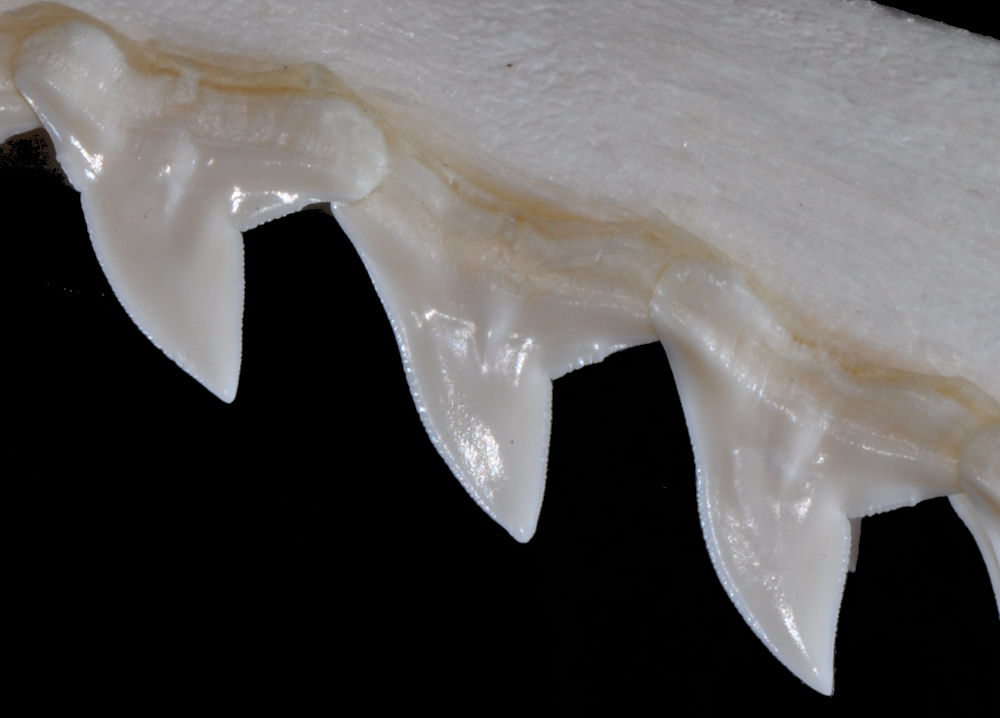 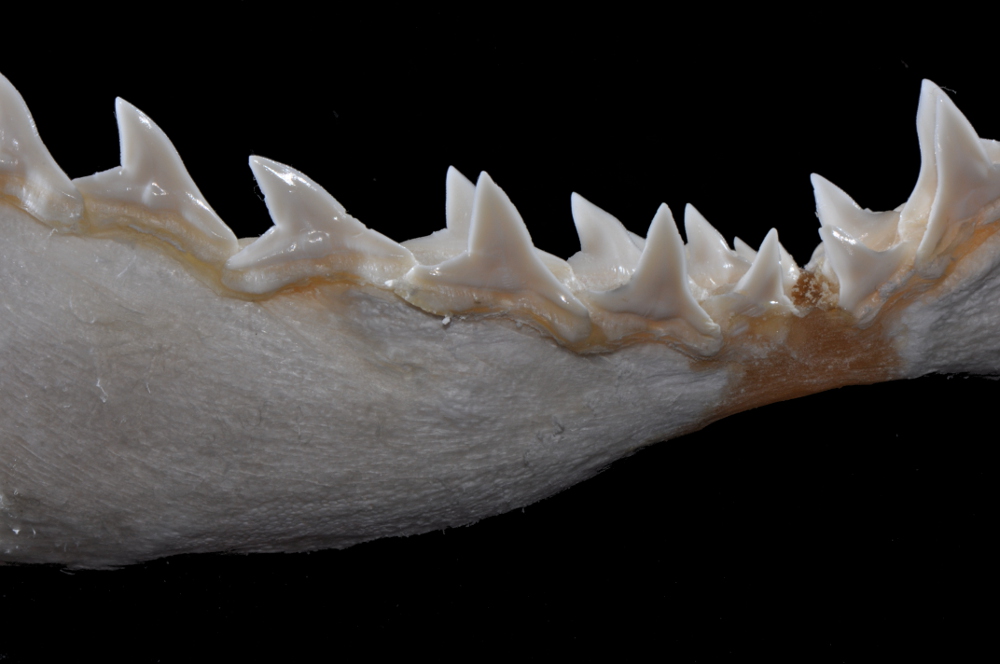 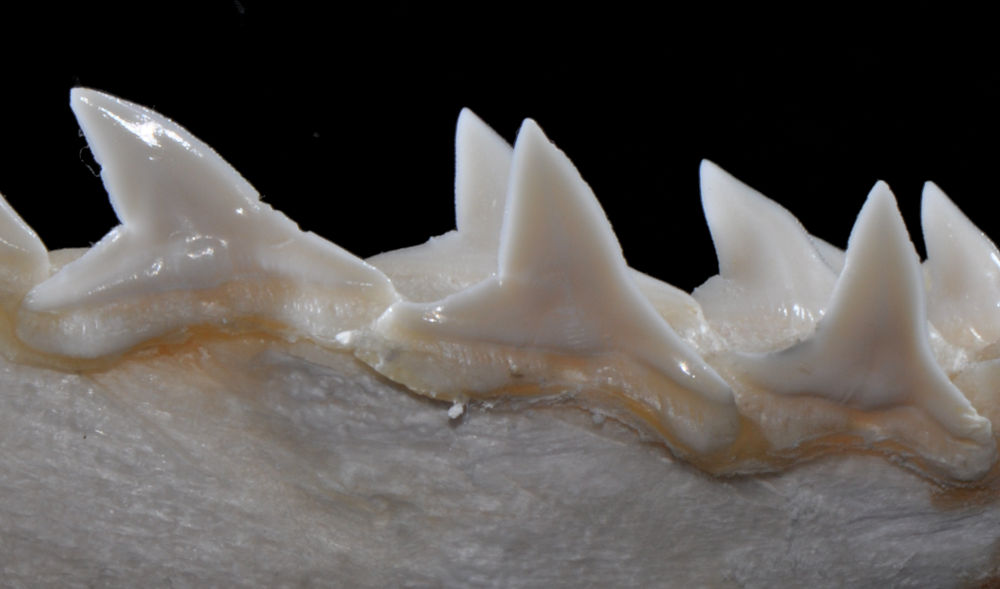 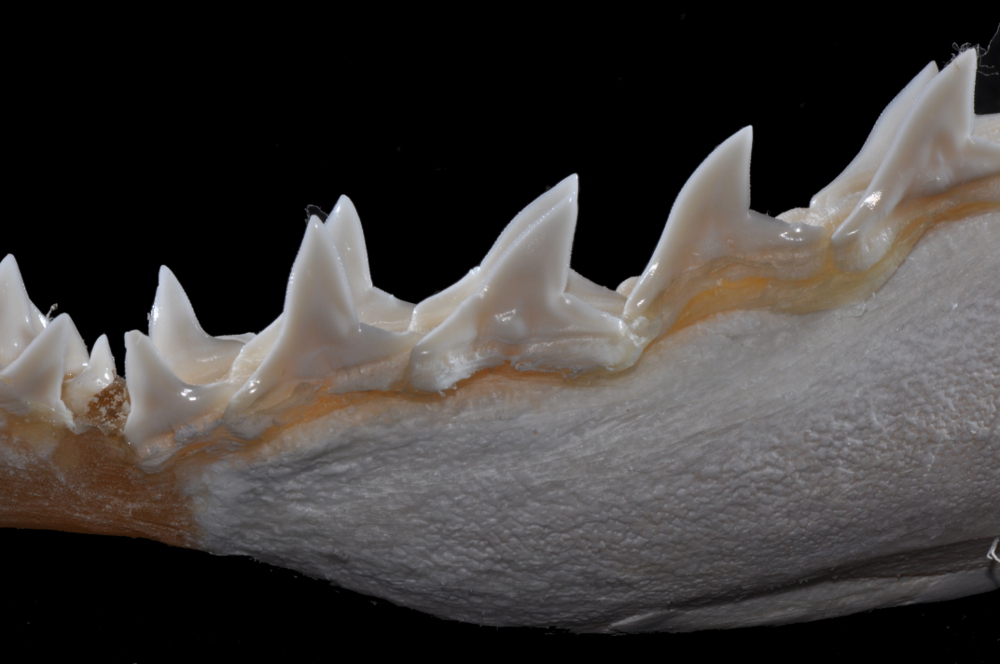 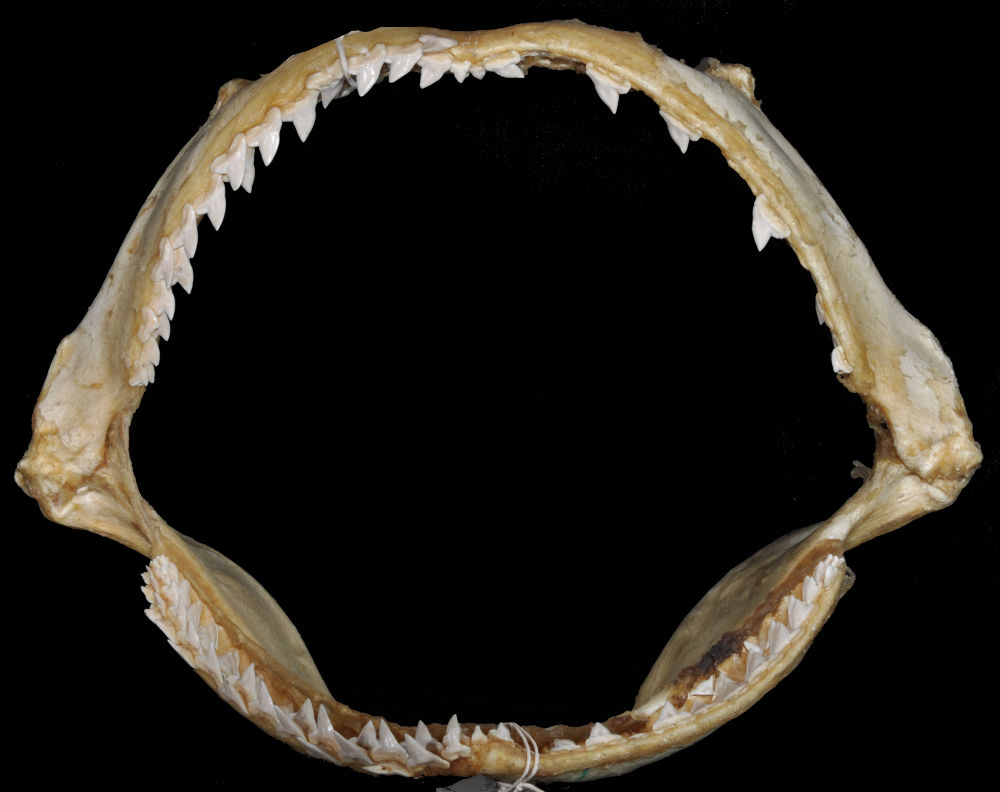 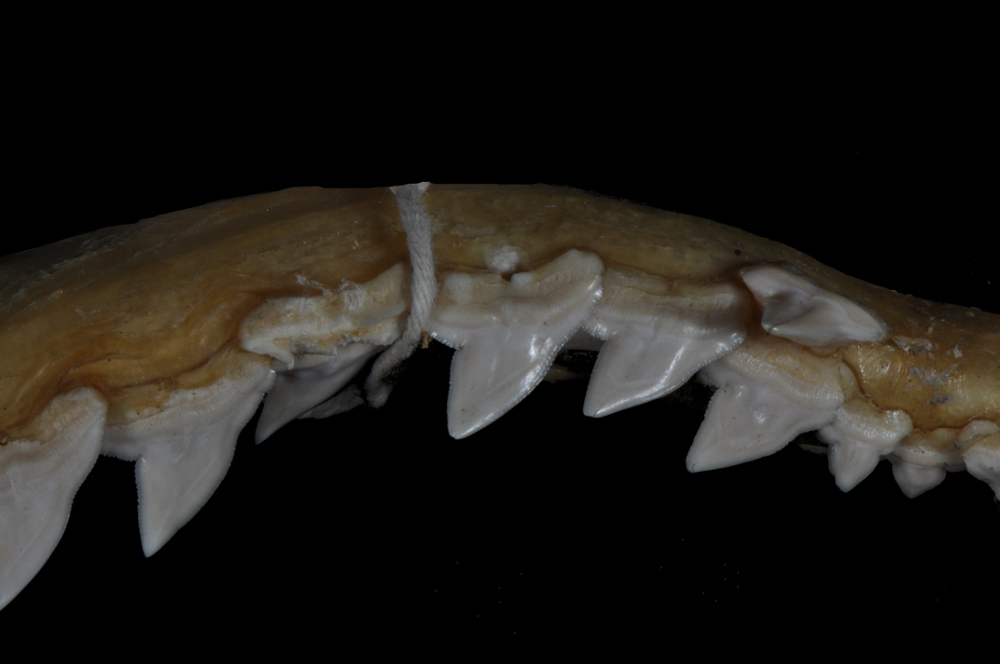 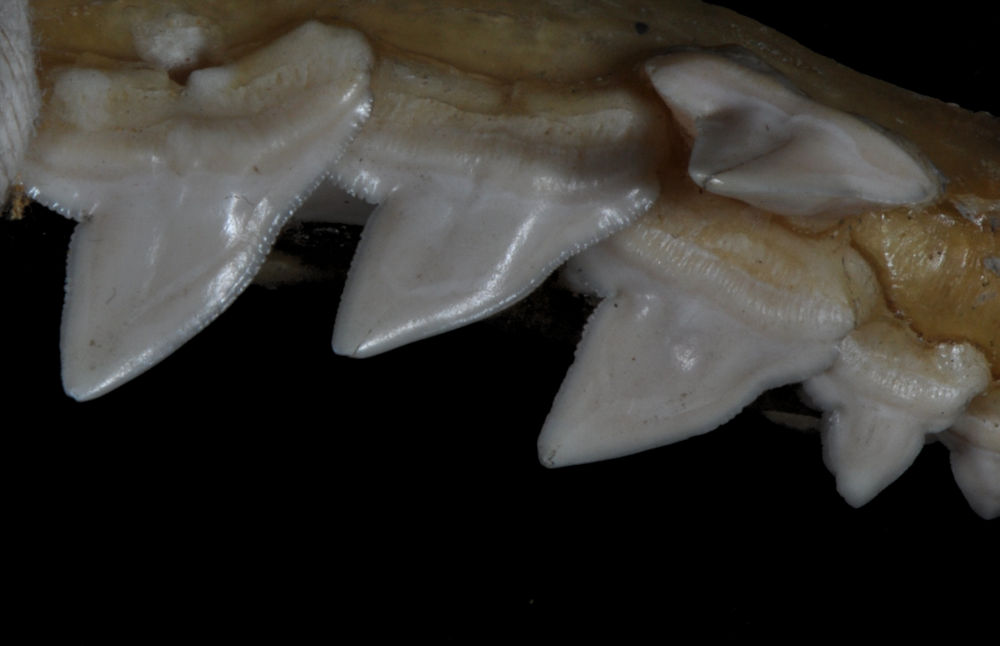 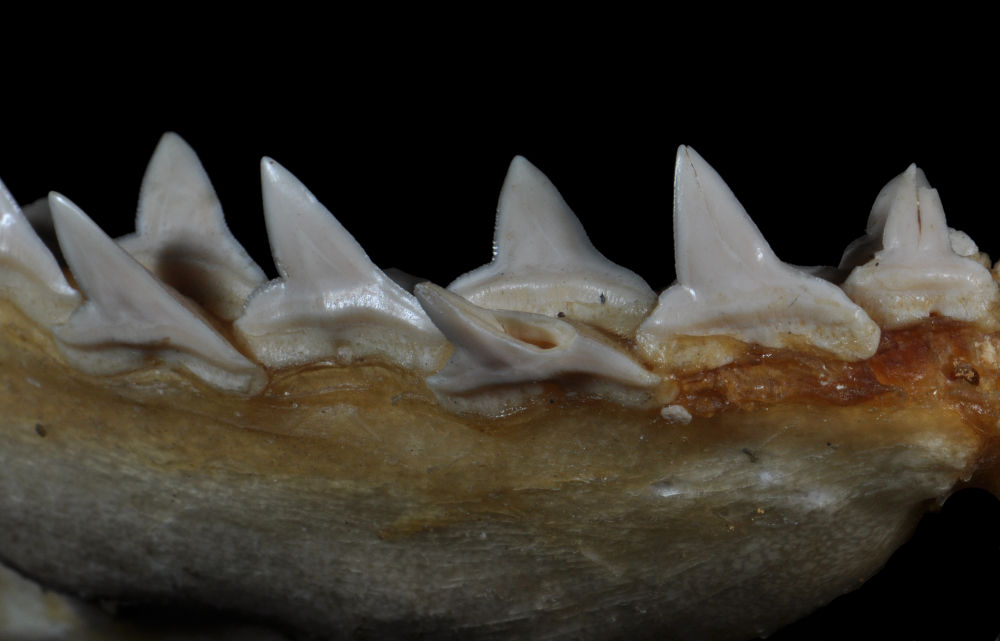 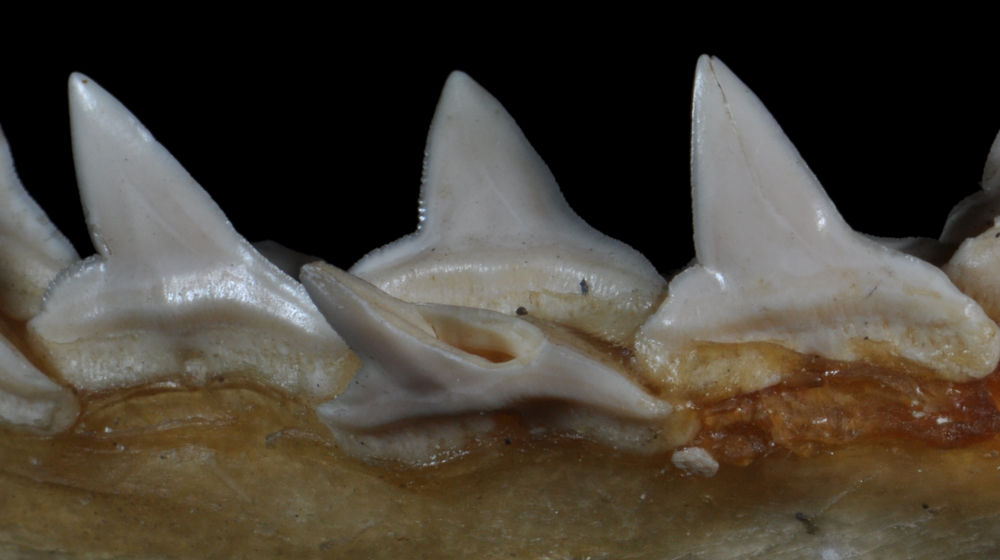