Garman, S. (1899)
Reports on an exploration off the west coasts of Mexico. Central and South America, and off the Galapagos Islands, in charge of Alexander Agassiz, by the ALBATROSS, during 1891, Lieut. Comm. Z.L. Tanner, U.S.N., commanding. 26. The fishes. Memoirs of the Museum of Comparative Zoology at Harvard College, (24) 2, 1–431 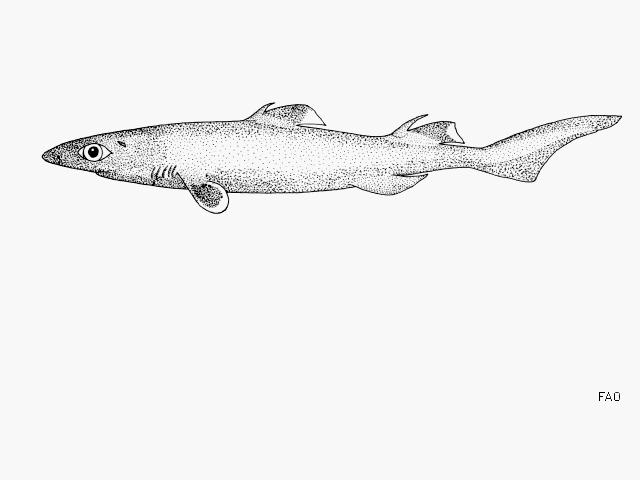 
Biology
Distinct pairing with embrace [17086]. A little-known deepwater dogfish found on the continental and insular slopes. Feeds chiefly on other fishes and invertebrates.