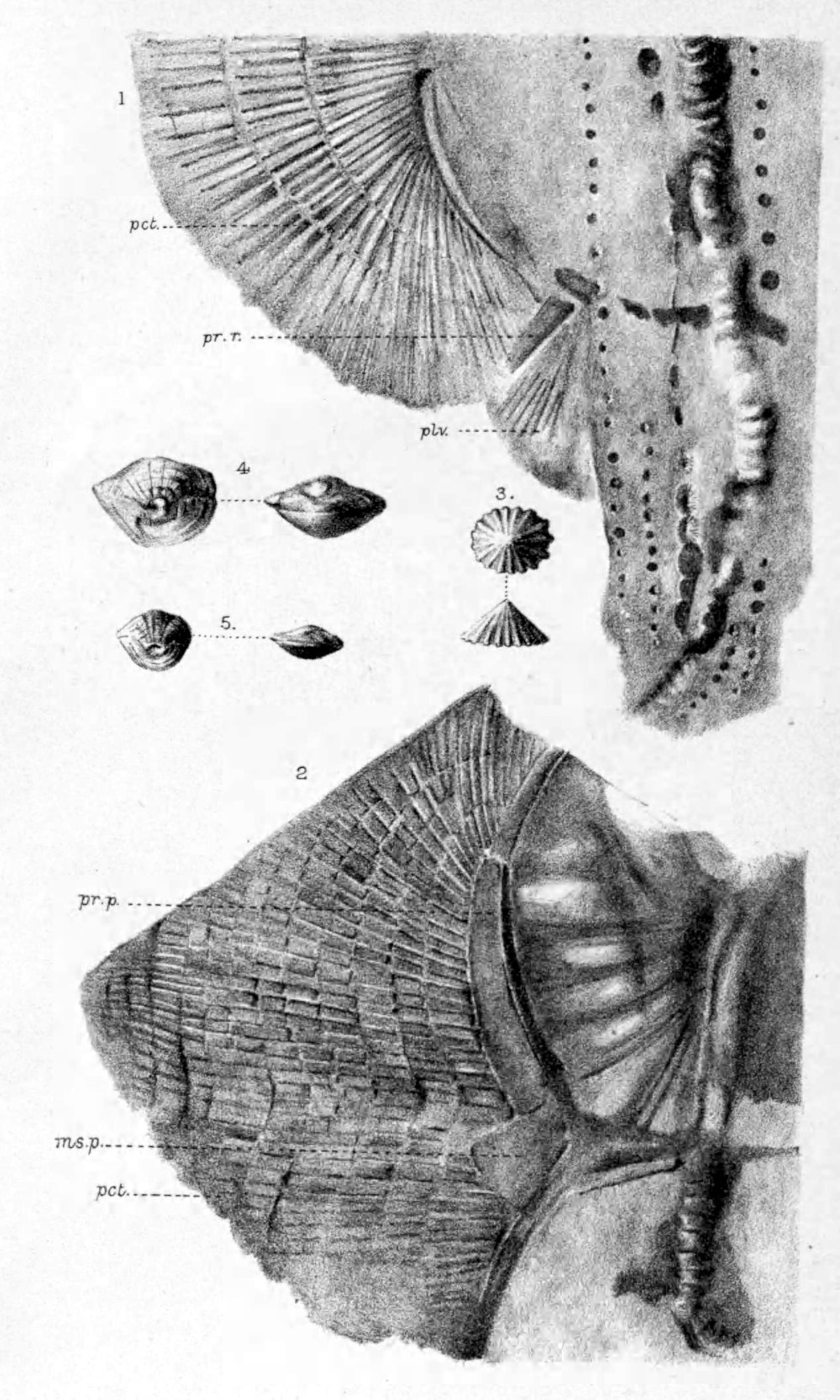 
Description
Original description of Woodward, 1889 [2593]
Type. Specimens figured in PI. IV, figs. 1-3. Snout probably acute. Angle of pectoral fin acute. A series of largo oval conical tuber-cles, radiately grooved, is arranged along the middle of the back and tail; and two regular series of similar smaller tubercles are placed on either side of the median line.
Form. & Loc, Upper Cretaceous (Turonian): Sahel Alma, Syria.
P. 4015-6, 49517. Type speci-mens figured in PI. IV. figs. 1-3. The second is preserved in counterpart. The first of these fossils consists of the much-crushed middle portion of the disk and anterior extremity of the tail. The caudal region is slender at its commencement, and a portion of one of the pelvic fins is preserved, displaying the thickened preaxial ray. The body is covered with fine shagreen; and larger tubercles, viewed from below or only seen as impressions, have the characters and disposition already noted in the specific description. The second fossil exhibits the com-plete anterior half of one of the pectoral fins, extending to the snout, in addition to portions of the skull, branchial arches, vertebral column, and pectoral arch. The pectoral fin is very broad, but rapidly tapers anteriorly. The region in advance of the pectoral arch is elongated, and is suggestive of an acute snout. The teeth are rounded and minute. The hinder portion of the fossil is much crushed, and only a few of the dermal tubercles are shown, scattered and displaced.